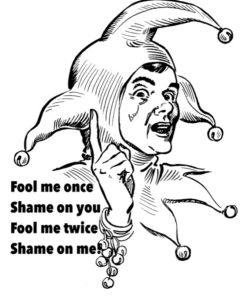 Vote NO on Proposition 14

Proposition 14: Authorizes Bonds to Continue Funding Stem Cell and Other Medical Research. Initiative Statute. This initiative will be on your election ballot this fall. It asks Californians to continue funding, at almost twice its previous rate, a program that has failed on the 5 bedrock issues addressed below. The Scholl Institute of Bioethics opposed this California Institute of Regenerative Medicine (CIRM) program from its inception as Proposition 71 in 2004. Members of the Scholl Executive Committee present their reasons for opposing Proposition 14.

Of the many reasons to reject Proposition 14, the preeminent one is also the simplest: the ends do not justify the means. Even if hundreds of cures resulted from the proposed research, it is unacceptable to destroy human beings at any stage of existence for others to benefit from their scavenged remains.

Proposition 14 specifically funds research focused on pluripotent cells “derived from somatic cell nuclear transfer [cloning] or from surplus products of in vitro fertilization treatments”. Thus, Proposition 14 creates a caste of human beings who are created and destroyed for the purpose benefiting other people. We are rightfully aghast when we hear of governments that experiment on prisoners to further scientific knowledge or to provide organs for wealthy patients. The stem cell “research” that would be funded by Proposition 14 is no different than that, other than the victims are smaller.

When embryonic stem cell research stopped being funded by the federal government, Proposition 71 promised to use it to obtain substantial cures if we voted to create and fund the CIRM in 2004. During its 16 years the CIRM has only had 3 clinical trials of embryonic stem cell therapies go to Phase 3, the last step before being approved to treat a disease.  No CIRM-funded stem cell treatment has been approved by the FDA.  So none of the miraculous cures we were led to envision materialized.

The one success that CIRM publicizes is treatment of a 4-year-old girl with severe combined immunodeficiency, sometimes referred to as “Bubble Baby” disease. This is truly a stem cell success using her own blood adult stem cells. CIRM just recently started supporting the UCLA physician, Dr. Donald B. Kohn, who has been working on this disease for over 30 years in the Broad Stem Cell Research Center at UCLA. This is really a Dr. Kohn success, not CIRM’s. 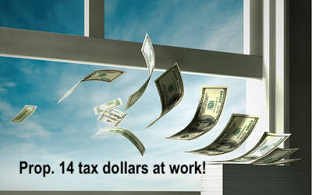 Although embryonic stem cell therapy has been highly touted, it has yet to live up to promised results. The cells are hard to grow in the lab dish, even harder to control once implanted, can be rejected by the recipient’s body, and some have been shown to cause cancers.

On the other hand there is an ethical way to retrieve stem cells – from a person’s own body. These adult stem cells will not cause rejection. Manipulation of adult stem cells has shown remarkable success. Over 1 million patients worldwide have been treated with them and experienced improved health for dozens of diseases and conditions.

Adult stem cell therapy is being funded by private investors since they know this is where the true results are happening.  Using our tax money to fund unethical, unsuccessful trials when ethical medical successes are available is throwing our tax money out the window.

Prop 71 promised that California’s budget would benefit from royalties, patents, and licensing fees resulting from research conducted by CIRM grant recipients.  But, of the $1.5B awarded by CIRM for training and research, only $740M was spent on clinical trials, none of which has produced a single FDA approved product.  100% of the bond money was spent, including a whopping $479M for new facilities, and none of the promised financial benefits were realized.  Now they’re pushing Round 2!

Under Prop 14, CA will receive nothing for the General Fund because income can only be used to make treatment affordable, while the combined taxpayer obligations of Props 71 and 14 will be close to $650M/year! Given CA’s ballooning expenditures and unfunded liabilities, the State cannot afford to prioritize funding into what many consider a speculative field (which is much better funded and has had far better results at the federal level) over basic State budget items like education, healthcare, and housing.  End this financial boondoggle – Vote No on Prop 14.

An Independent Citizens Oversight Committee (ICOC) was created by Prop 71 to oversee operations of the CIRM. The Little Hoover Commission report on the ICOC in 2008 cited the need to reduce its membership and improve transparency and accountability. Prop 14 expands ICOC membership from 29 to 35. ICOC members include people from the very universities that vie for its research funding grants. The annual salary of the CIRM President at $490,000 exceeds that of the President of the United States.

Proposition 71 audaciously changed the California Constitution and existing Health and Safety Codes to its favor. It Constitutionally establishes the right to kill certain human beings. It requires public funding for no assured treatment or cure. The Bagley-Keene Act states: “The people insist on remaining informed so that they may retain control over the instrument they have created.” CIRM working groups are exempt from this Act. The CIRM was created, funded, and launched without the deliberation of a Legislative body and few voters understood Prop 71 consequences. Proposition 14 perpetuates the folly.

The Scholl Institute of Bioethics is a division of International Life Services. Scholl is a non-profit Judeo-Christian organization that addresses bioethical issues and was created to re-affirm in the medical community the oath to “Do no harm.”  Please share this letter with others, and for the sacredness of human life, vote NO on Proposition 14.

Letter available on request at schollbioethics92708@gmail.com