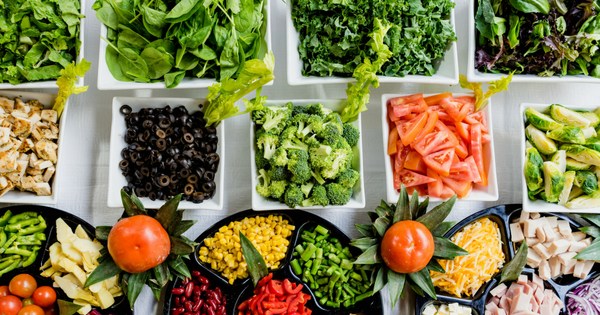 We all agree that food and hydration sustain life. If a person is to continue to live, he or she must have both. Beyond those simple statements, however, views proliferate, some with astonishing implications. For instance, many would see any use of artificial means as extraordinary or disproportionate. Others put forward the idea that certain people should not be fed. The difference between medical and basic or ordinary care gets muddled, and no one can agree on what is burdensome. Before you know it, we throw our hands up in frustration and settle nothing. Everyone goes back to his corner to fight another day.

It need not be quite so complex. Beginning with the general agreement that food and hydration sustain life, we can move to the next step and ask “whose life?” Everybody’s? Those whose quality of life meets our criteria?

Those who want to eat? Those for whom eating or feeding is easy? The only answer that recognizes the inherent dignity of each human person is everybody. Everybody.

Except for the actively and imminently dying, everybody needs to have food and drink. By separating out this special category of person, we recognize that the dying might no longer have need for food and that food might best be withheld. We die, as best we can estimate, within days or hours from an underlying disease, not starvation and dehydration.

Does it matter that the way food is given is “artificial?” Well, yes, it matters, but not in a way that alters the argument. Think about this: a baby being fed by bottle is being fed artificially, in most cases with milk that is not even human. Do we say that if a baby requires or if the parent chooses artificial feeding, the baby should not eat or drink? Of course not. Do we say that a child born with a cleft-lip or cleft-palate should starve rather than be fitted with an artificial device to serve for suction? No. Then why would we say that about an old person who has become too befuddled to eat regularly or a comatose person who is not conscious enough to eat normally? Honesty should lead us to recognize that we might say those things because deep down we think that the befuddled or comatose no longer have a life worth living. Certainly, feeding is proportionate to preserving life.

Do any of us reject the idea of artificial feeding and hydration because it is simply unappealing or we can’t envision ourselves tethered to a machine? Many people do and yet that, too, can hardly serve as an argument. Of course, it is unappealing. Who wouldn’t rather eat a hamburger or spaghetti? But is that a satisfactory reason for refusing something that is vital to life? It is useful to remember that we are creatures, not the Creator. We have an obligation to accept ordinary care to preserve the gift of life He has granted us. And while we can exercise a certain autonomy, that autonomy is limited. To refuse food and drink just because it is unappealing, or because we no longer wish to live (commonly known as VSED or voluntary stopping of eating and drinking), is to commit suicide. Almost every religious tradition, and certainly the Judeo-Christian ethic, rejects self- killing.

What if it is too burdensome? Too painful? It is possible that there might be such a circumstance. But don’t believe the reports in the popular press. Artificial feeding tubes are relatively easy to insert, easy to maintain, and are not painful. They have been around for more than one hundred years and are safe. You do not need to be hooked to a machine and whether you have one or not is imperceptible to anyone who sees you with clothes on. The silver dollar-sized disc that anchors the ten-inch tube and the tube itself are easily tucked away. The most commonly used PEG (percutaneous endoscopic gastrostomy, placed through the skin under light sedation and local anesthetic) tube requires almost no maintenance and using it is well within the capabilities of even the simplest among us.

Yes, some disoriented patients grab at them in an attempt to dislodge or rid themselves of the strange item. But these patients commonly fight showers and hair combing too. And although some studies show that dementia patients might not benefit from artificial feeding, it does not follow that they should not then be lovingly and patiently fed by mouth instead. Nasogastric tubes (tubes placed through the nose, down the esophagus and into the stomach) are uncomfortable, but they are not used long-term.

IVs too have gotten a bum rap. The pain involved in insertion and maintenance of even central lines (IV into a large vessel closer to the heart than an ordinary IV ) is fleeting. Because they give the possibility of maintaining nutrition without oral intake, they are often used even in patients who are not afflicted with catastrophic illness. Many a Crohn’s or colitis patient has relied on intravenous feedings for months at a time while the intestinal tract heals.

The most vulnerable category of patient in arguments against artificial feeding is, of course, the irremediably comatose or patient in a persistent vegetative state (PVS). It is not that to feed them is so complicated or so burdensome for them. Rather it is that their care and their continuing life is so burdensome for us. It is burdensome because of the time and effort it takes. It is burdensome because we somehow feel we are forcing something on them they would not want if they could speak, and it is burdensome because we are faced with a life that does not appear on the surface to have much meaning. Or as some would have it, much quality. Some say feeding these patients is futile, they will never get better. Or it is prolonging their death. Maybe they won’t get better. True. But these patients are not dying, and feeding them is not futile. It is, in fact, very effective in maintaining the life God has given them.

If we really believe that each and every life is beyond value, beyond price, truly a gift from God, we need to recognize that each must be maintained and protected, at least by ordinary means, by giving and accepting what is ordinary, namely food and hydration.